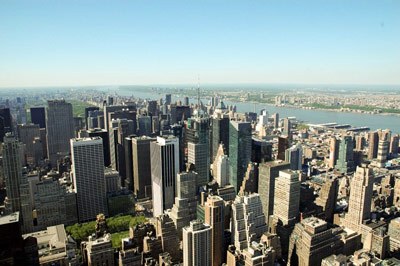 New York is a popular city not just in the US but across the world. If you have made up your mind to move to New York, this city is one of the places that you should consider moving to.

It is the most populous city in the state of New York and also in the entire US. It is known as a city that does not sleep meaning that the city is booming with life and activities on 24/7 basis.

It is a multi-cultural city given the number of expats that settle in it. Before you finally move to the Big Apple, here are some important facts about life in New York that will be useful to you.

A look at the city

New York City is a home to about 8.3 million people. Up to 18.9 million people are living in the metropolitan area of the city which stretches across 3 states, namely, New Jersey, New York and Connecticut. There are people from various parts of the world living in the city. As a commercial and financial city, it has lots of skyscrapers. Offices of various international and national bodies and organisations are located in the city. Some of the international movers we work with have thir headoffices in New York.

New York comprises 5 boroughs which include Staten Island, the Bronx, Manhattan, Brooklyn and Queens. There are also ethnic diverse communities in the city. It is said that up to 37 percent of the teeming population of the city are expats.

The cultural diversity of New York makes it easier for foreigners move to New York from UK and cope in the city easily. It also makes living in New York more exciting. No matter the part of the world you are coming from, you will surely find many people from the same place and culture with you. UK Expats living in the city have no problem of losing touch with home and the happenings at home. If you need removal companies San Diego to New York you can use our online form to get in touch with us.

New York is a city that homes various classes of people. The amazing reputation of the city, its neon lights of the city and stunning and breathtaking illuminated skyscrapers may make some people to think that everybody resident in New York lives beyond poverty line. The truth is that there are many homeless families and destitute in the city as well as families living below poverty line. 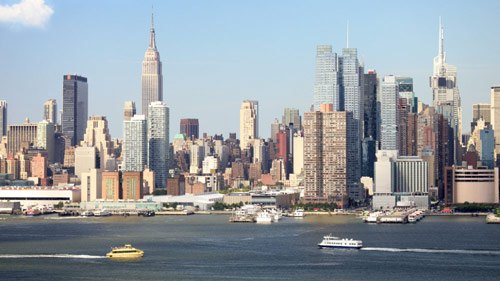 If you are looking to relocate to a city with a better employment opportunity, New York City should be an option for you.

There are numerous offices and flourishing businesses in the city with lots of job offers. The city has been rated in 2009 as the most attractive city for doing business and innovation.

Most of the available jobs have better offer. Expats occupying salaried positions in some of the commercial establishments in the city do not face the grimmer side of life in the city.

Their monthly earning is enough to take care of their needs. This may be one of the main reasons why every month we organize shipping to New York for some or our clients.

Once you have moved to the city you will soon find out that the Life in New York can be very interesting at the same difficult. There is the problem of noise pollution resulting from the bustling nature of the city. There are numerous activities of various types causing loud noise which constitute distractions to the residents. Other challenges faced by people living in the city are high cost of properties in the city, long commutes and others.

However, despite the above challenges, living in the city has much to be desired.   New York has lots of amenities which make life easy and manageable for residents.

There are numerous art galleries in the city for people that prefer such attractions. If you drive joy in nightlife activities, you will have enough of them in the city. The city already never sleeps. It has beautiful nightclubs where you can dance until you are exhausted. Some nightclubs begin as soon as it is dark and continues till dawn. As a multicultural city, you will find various restaurants and eating spots offering the culinary specialty of various regions. You will always find a restaurant serving your favourite dish. Moving to New York from UK for most nighthoks is their dream come true.

There are a number of shows and stages going on at various venues in the city. Thousands of people across the world fly to the New York for these stages and shows. If you are a theatre going person, New York City is an ideal place for you to move to and live in or spend your vacation. No matter your tastes, there are stages that will meet your needs. Contact us if you need international money transfer services. 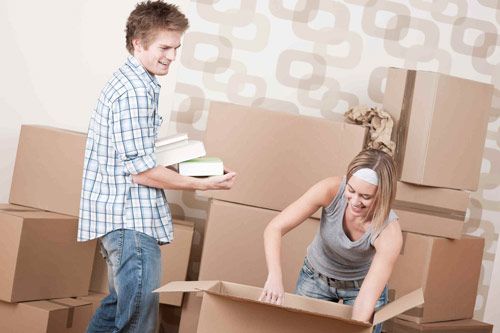 As a professional shipping company we offer to all our clients bespoke moving services to New York. We take care of any size and type of goods. We can move just one luggage or a full container. You tell us what your requiremetns are and we provide you with the service. Moving form UK to New York with our delivery services is a plesant experience. Check how to get cheap removals to San Antonio from NY. Please contact us for a free estimate, regardless of the destination. We offer also shipping to Phoenix from UK or shipping container to Philadelphia.

Though a good number of families and adults in New York are car owners, most people prefer commuting using the public transport. Its public transport system is said to be best in the entire world. There are commuter rails and large public bus serving the suburbs and metropolitan area. The subway network functions on 24/7. So, you are sure of getting to your final location no matter the time of the day you come out.

You should have your ticket ready before you start moving around the New York City using the public transport system. You can buy the MetroCard at the subway stations which can be for travelling via subway or buses. One good thing about this card is that it is rechargeable and can be used as monthly, weekly or pay-as-you-pass travel pass.

There are other types of transport system in the city. New York has its own airport for travellers that can afford to fly. You can find taxis here and there in case you prefer to use the taxi.

If you are lost in New York, you are sure of getting help from the locals. The locals are very friendly. However, you should not confuse this with friendship. They only relate with strangers on superficial level until they establish familiarity with you.

The climate of the city is a humid continental climate. During the summer season, the temperature can rise to 30 degree Celsius. The heat may seem to be subtropical on the days when the humidity is very high. When moving to New York you have to take some worm clothes as the city experiences cold winter with snow and rainfall.

There are numerous public and private education institutions in and around New York City to cater for the educational needs of the teeming population. Moving with children and finding a school for them is easy as New York has the largest public school system in the entire world. Besides, there are enough facilities such as libraries and research facilities. It is reputed as the global centre for research in medicine and life sciences. So, if you are looking for a city to study in, you should consider studying in New York.

Find out shiping costs to New York from the UK.